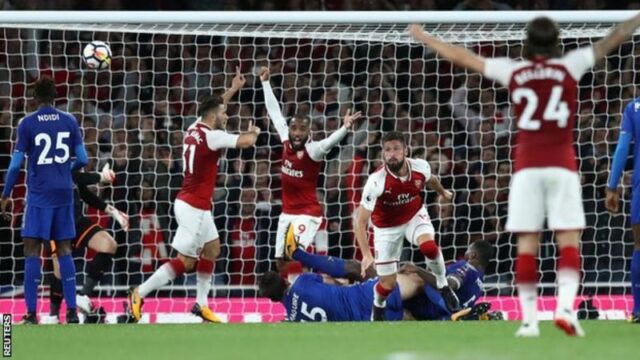 Arsenal manager Unai Emery has named Granit Xhaka as the club’s substantive captain after the Swiss international won a players’ vote for their preferred skipper.

Xhaka has already led The Gunners in six of their eight games this season.

Emery, according to a report in Sky Sports, consulted with his players before informing the squad on Friday morning ahead of Monday’s game at Manchester United.

His original choices were reduced by the summer departures of Koscielny, Petr Cech, and Aaron Ramsey.

Xhaka has yet to convince onlookers in the role so far this season and was jeered by his own fans during last weekend’s win over Aston Villa, while Mesut Ozil is the only other member of the initial five still at the club.

Emery is yet to choose a vice-captain, with Alexandre Lacazette and Pierre-Emerick Aubameyang understood to be the leading candidates.