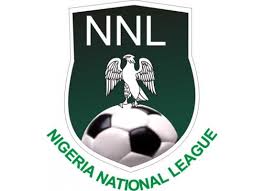 Go Round FC Technical Adviser, Ngozi Elechi is looking ahead to the final of the Nigeria National League Super 4 after their win against Kwara United on Sunday.

Go Round FC beat Kwara United 4-2 via a penalty shootout after Full Time ended 0-0 in the opening game of the tournament.

Elechi said after the game that his side played well and deserved to win.

“We played well, and the team deserved to win. We are now looking on to the final.

“The boys know the importance of this game that we need to win to build confidence ahead of our game against Wikki Tourists.

“We give God the glory that we have won,” Elechi said.

Go Round did not have a massive clear out of players that won them promotion to the top division and started the game with seven of them.

The only new additions in the starting line up against Kwara United were Adelani Adeseun, Ola Atinishola who signed from Crown FC and Uchenna Ezeala that joined from FC Papilo.

Nigerians are proud of Governor Wike-Saraki

Court fixes May 4 to deliver judgment in a fundamental suit...