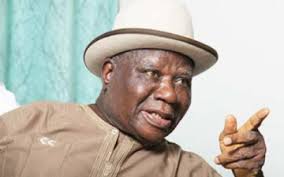 The Pan Niger Delta Forum PANDEF has condemned the Hate Speech Bill, describing the bill as a threat to Nigeria’s democracy.

PANDEF in a statement signed by its National Chairman, Air Commodore Idongesit Nkanga (Rtd), asked the Senate to throw out the Bill in the interest of national peace and stability, without further delay.

PANDEF said the bill which prescribes capital punishment for anyone found guilty of Hate Speech is an attempt to gag citizens by taking away their rights to freedom of expression as guaranteed in Section 39 of the 1999 Constitution as amended.

He said the Bill is also a gross violation of press freedom and a clear danger to the nation’s democracy.

“We are in a constitutional democracy, as such, nothing should be done by the National Assembly to muzzle citizens who have opinions that may be at variance with the views of people in the corridors of power.

“While PANDEF recognizes that fake news and related issues, especially on social media, are global challenges, we strongly disagree with proponents of the Bill that hanging of citizens who express opinions that may be considered offensive is the answer to the nation’s problems.

“We, therefore, implore members of the National Assembly to exercise caution and restraint in their fascinations over checking the abuse of social media.

“Human life has an inherently sacred attribute that should be protected and respected at all times, hence should not be toyed with on the altar of political considerations and conveniences”.

“PANDEF considers the gravity the Senate is giving to the so-called Hate Speech and Social Media Bills as disturbing, in the face of serious national challenges like the general infrastructural decay, particularly in the Niger Delta region, and the dwindling political and social economy, which are not the results of hate speech but ramifications of poor governance.

“We, therefore, urge the Distinguished Senators to concern themselves more with legislations that would uphold good governance and improve the livelihood of Nigerians. There are already appropriate laws and acts like the 2015 Cyber Crime Act that is sufficient to deal with the issues of abuse of the social media”.

“The National Assembly may wish to note that sovereignty belongs to the people of Nigeria from whom government through the Constitution derives all its power and authority. And that the mass media has a constitutional responsibility to uphold in making government accountable to the citizens”.

PANDEF in the statement appealed to Nigerians and the international community to resist the attempt to violate the fundamental rights of citizens to freedom of expression.

Nurse flashed breasts at 92-year-old patient who then gave her £50,000

Insight: Ways Global Internet culture will change due to Covid-19