Mountain of Fire Miracles Ministries (MFM) Football Club retained the Lagos State Cup title for the third time in three years after cruising to a 3-0 win over Smart City FC at Agege Stadium on Saturday.

The Olukoya Boys had a shaky start, as Smart City FC dominated the early minutes of the first half, until Joshua Abah rounded Smart City FC goalkeeper, Timi Adeyoruju to put the defending champions ahead in the 38th minute.

Smart City had clear cut chances to level the scoreline before the end of the first half, but squandered their chances allowing MFM FC to take their slim lead into the break.

MFM FC started brightly in the second half, scoring three minutes into the half. Abah got his brace from a solo effort in the 48th minute as Smart City FC’s defence was all over the place.

The Olukoya Boys were in cruise control and soon got the third goal in the 68th minute, from a counter-attack which saw Alade Balogun scoring a stunner which hit the underside of the crossbar before nestling in the net.

Speaking to newsmen after the game, MFM FC assistant coach, Alli Suleman Obinna said the win is dedicated to the club’s media officer, Olawale Quadry who got married on same day in Lagos.

“It’s a very good feeling, winning this title once again. I dedicate this title to our media officer, Olawale Quadry, who got married today,” he said.

MFM FC will look forward to playing El-Kanemi Warriors in a Matchday 23 fixture of the Nigeria Professional Football League (NPFL) on Monday morning. 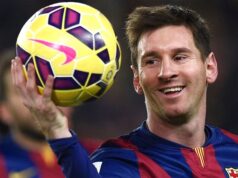