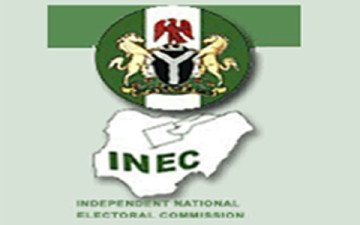 Some vehicles engaged in election duty were destroyed in a pre-election crisis that erupted in Obot-Akara Local Government Area of Akwa Ibom on Friday, the state Resident Electoral Commissioner (REC), Mike Igini, has confirmed.

The vehicles were engaged to convey election materials from INEC headquarters in Uyo to Nto Edino, the headquarters of Obot-Akara Local Government Area office of the Commission for the conduct of presidential and National Assembly elections.

A witness, who pleaded anonymity, told journalists that two persons died in the incident while 13 vehicles were destroyed.

The witness said security had been heightened in the area as fear and confusion enveloped the community of Obot-Akara.

While Mr Igini did not confirm the deaths, he said that several INEC vehicles were burnt by miscreants suspected to have the support of politicians.

Mr Igini, who spoke at a news conference in Uyo on Saturday, stressed that it would not be business as usual in the state as INEC would not be threatened or influenced by politicians.

“Some of our vehicles that were distributing materials were burnt yesterday and who are those instigating this? Politicians.

“In Akwa Ibom, equal opportunities will be given to all the political parties,” he said.

Mr Igini said that things that might have happened in Akwa Ibom in the past elections would not happen under his watch.

“No politician can hijack this election from us. We are neutral and will ensure a level playing ground for all.

“Our sensitive materials for this election are intact,” Mr Igini said.

Wike imposes curfew in some parts of Port Harcourt

APC vows to continue to blame PDP for Nigeria’s woes