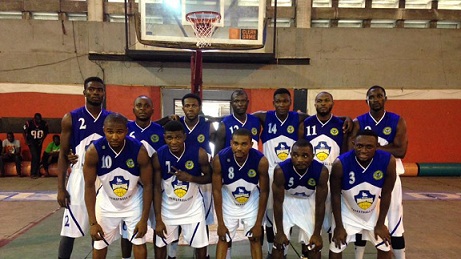 This Follows their victory against Police Baton in the Nigeria Basketball Federation NBBF abridged league held in Port Harcourt last week, the KingsMen will now turn their attention to Continental engagements.

Rivers Hoopers last appearance on the Continent was in 2011 as League champions in Morocco.

He also said that his team is looking forward to putting up a good show in Cotonou.

“It’s a great experience and we are actually looking forward to it. We are going to put in a lot of hard work and put up a good performance when we get there.”

Nigeria’s representatives, Hoopers and Civil Defenders are expected to face opposition from Clubs in Zone 3 which comprises of 8 National Federations from Nigeria, Niger, Ghana, Liberia, Benin, Cote d’Ivoire, and Togo.

Only two teams will qualify for the new Afro League competition designed by FIBA Africa scheduled to commence in January 2019.

The NBBF President Engineer Musa Kida however has tasked Nigeria’s continental representatives to put up a good show at the FIBA Africa zone 3 level.