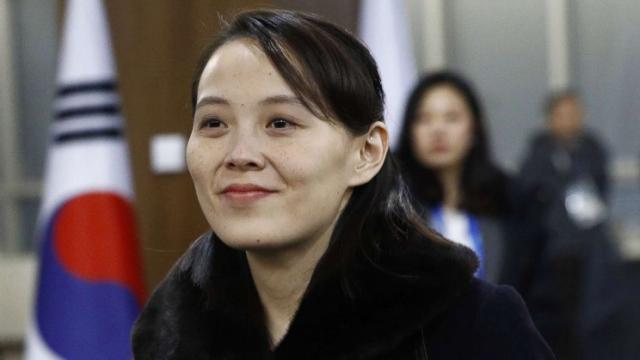 Kim Yo Jong, the sister of North Korea’s supreme leader, is pregnant with a second child, according to South Korean media reports.

During her visit to South Korea as part of a high-level delegation at the beginning of the Pyeongchang Winter Olympics, Kim told the South’s officials about her pregnancy, South Korean local press Chosun Ilbo reported Wednesday.

Meanwhile, South Korean government is saving breath on this hearsay.

There has been careful speculation on Kim’s pregnancy during her three-day visit from Feb. 9 to 11.

Kim had a relatively protruding belly, despite her slender shape, and her careful movements led local media to guess she was pregnant.

“Even if she is pregnant, it does not have to do with the political successor of the communist state. And I am positive that Kim Jong Un already knows about her pregnancy,” Koh Yu-hwan, professor of North Korean studies at Seoul-based Dongguk University, told ABC News.

Meanwhile, nothing is official. The North Korean regime never publicly announced whether Kim Yo Jong gave birth to her first child or even got married.

South Korea’s National Intelligence Service has said her first child was born around May 2015.

But under the premise that Kim Yo Jong is pregnant, there has been growing curiosity about the rogue regime leader’s son-in-law.

There have been many South Korean stories speculating on Kim Yo Jong’s marriage and the spouse behind the veil.

South Korea’s local press outlet Dailian reported the most likely possibility leans toward an elite who graduated from Kim Il Sung University with Kim Yo Jong, and is now a college professor teaching science in North Korea.

Prince George and Princess Charlotte Play in the Snow With Kate Middleton and Prince...