South African President Cyril Ramaphosa has canceled his plan to attend the upcoming UN General Assembly meeting because he has to `concentrate on critical issues’ at home.

The presidency said the president has instructed Minister of International Relations and Cooperation Naledi Pandor to lead the South African delegation to attend the meeting, scheduled for Sept. 23-26 in New York.

Presidential spokesperson, Khusela Diko said Ramaphosa has decided to remain in South Africa to attend to the implementation of the government’s urgent measures on gender-based violence.

Diko added that the president wanted to witness the restoration of order and stability in areas affected by public violence and to oversee initiatives to turn around the economy.

Ramaphosa said in a statement issued by the Presidency that this is a time for leadership from across society to mobilize their respective constituencies in support of economic progress and rebuilding the social and moral fabric of society. He said his government is stepping up its own contribution to this collective effort.

Ramaphosa would be meeting communities, civil society and structures of government on concrete actions to address public concerns and challenges, according to Diko.

Diko said together with cabinet colleagues, the president, and his deputy David Mabuza will be focused on the implementation of plans to fight crime, create jobs and develop the economy.

South Africa’s president has rarely been absent from annual UN General Assembly meetings in previous years. South Africa currently is serving as a non-permanent member in the UN Security Council.

South Africa has seen rising gender-based violence and clashes between locals and foreigners that have led to at least 12 people killed in recent days. 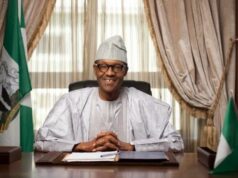