International Women’s Day is a worldwide event that celebrates women’s achievements from the political to the social while calling for gender equality.

It has been observed since the early 1900s and is now recognized each year on March 8.

The original aim of the day to achieve full gender equality for women the world has still not been realized.

A gender pay gap persists across the globe and women are still not present in equal numbers in business or politics. Figures show that globally, women’s education, health and violence is still worse than that of men.

International Women’s Day is a time to reflect on progress made, to call for change and to celebrate acts of courage and determination by ordinary women who have played an extraordinary role in the history of their countries and communities. 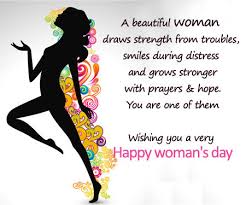 The idea of this theme is to consider how to accelerate the 2030 Agenda, building momentum for the effective implementation of the new Sustainable Development Goals, especially goal number 5: Achieve gender equality and empower all women and girls; and number 4: Ensure inclusive and quality education for all and promote lifelong learning.

The theme will also focus on new commitments under UN Women’s Step It Up initiative, and other existing commitments on gender equality, women’s empowerment and women’s human rights.