Arsenal’s Champions League hopes were extinguished as goals from Neymar, Luis Suarez and Lionel Messi sent the Gunners to a 3-1 defeat at the Nou Camp on Wednesday night.

It was a bit too little, too late for the Gunners who mostly played well in the round of 16 second leg tie, but were outdone by Barca’s potent attacking trio to lose 5-1 on aggregate.

The Catalans added to their 2-0 first leg advantage with a simple first half strike from the Brazilian, before Mohamed Elneny scored his first Arsenal goal to give the visitors a glimmer of hope.

But Suarez struck a stunning volley with 25 minutes to play, before his Argentinian team-mate added the third of the evening late on to see Barcelona into the quarter-finals.

Arsenal started the game on the front foot, and forced clearances from the Barcelona defence as Mesut Ozil tried to play in Danny Welback and Alexis Sanchez hit a low shot across the box with no red shirt there to convert. 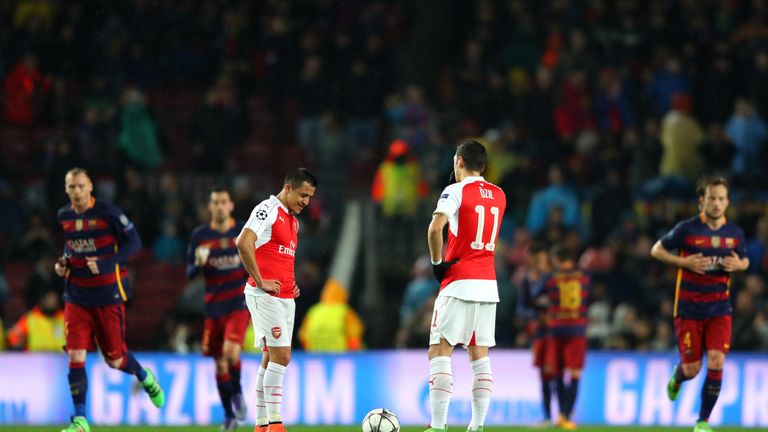