Manchester City reached the Champions League quarter-finals for the first time in their history after a goalless second leg gave them a 3-1 aggregate win against Dynamo Kiev.

Leading 3-1 from the first leg, things did not go entirely to plan for Manuel Pellegrini and his side, who lost both Vincent Kompany, who suffered a fourth calf injury of the season, and his central defensive partner Nicolas Otamendi in the first half.

Despite the aggregate score, the visitors were not putting up much of a fight and were hardly threatening City’s makeshift defence.

City were better after the break and Toure was at the heart of most of it. The midfielder curled a free-kick over the crossbar, before setting up Aguero, who dragged his shot wide of the far post.

Meanwhile, Juanfran’s penalty gave Atletico Madrid a dramatic shoot-out victory over PSV after the sides drew 0-0 in their second leg of their round of 16 Champions League tie.Following a goalless first leg in Holland last month, the initial 90 minutes at the Vicente Calderon also passed without either keeper being beaten.

Although the hosts dominated for much of the match, the closest they came was when Fernando Torres’ effort was touched on to the post and ultimately spot-kicks were required. 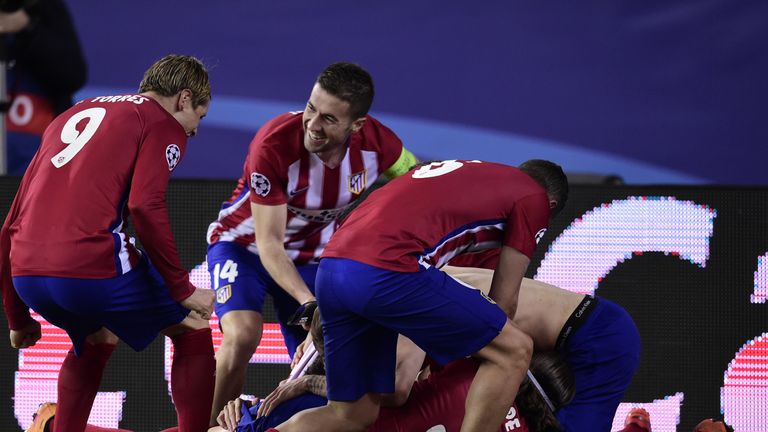