Jermaine Jackson, co-lead singer of global music brand, Jackson 5 and elder brother of late king of pop, Michael Jackson on Friday confirmed readiness to participate at the star-studded Jazz concert being put together by the Lagos State Government in commemoration of the 2016 International Jazz Day.

The concert, which is to be hosted by Governor Akinwunmi Ambode, will hold at the Lagos House in Alausa, Ikeja on Saturday, April 30 by 5pm.

Jermaine, who confirmed his readiness to participate at the festival during a press conference held at the Lagos State Ministry of Information and Strategy, Alausa, said he would be at the festival to support the government and array of international and local artists who would be performing.

Jermaine, who is in Nigeria as part of activities marking the Jackson Golden Africa Tour, also disclosed plans by the Jackson 5 to establish a music academy in Nigeria to nurture and prepare the talents in Africa for global market. 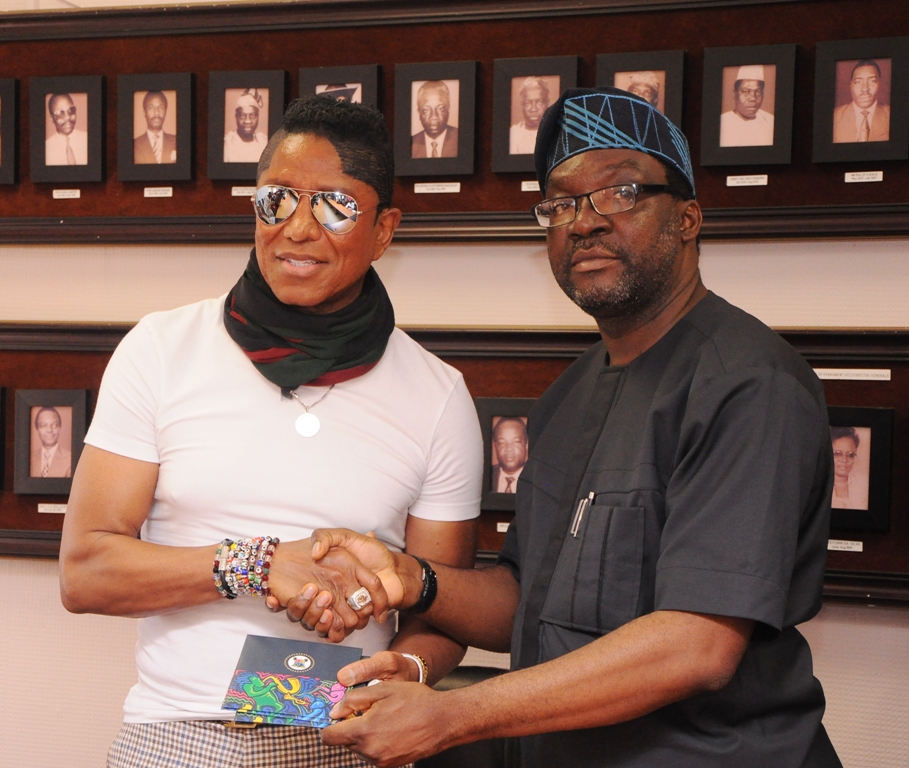 Commissioner for Information & Strategy, Steve Ayorinde (right); with Jermaine Jackson during Jackson’s visit to the Lagos State Government, at the Secretariat, Alausa, Ikeja, on Friday, April 29, 2016.

He said: “It’s been 50 years for the Jacksons and we are bringing a team together of people who can produce a concert. I like coming here because I have a lot of questions. I was just in China and I learnt that the first dynasty that started in China came from Africa here and I had a professor in China to tell me this. That made me very proud and the world needs to know this because in our history books in America, they don’t put this there; they don’t want us to know this but when you travel and you have the opportunity to see things for yourself, you will realize that the history books were written by someone else and it is their version and their interpretation of what happened which is usually not the truth.” 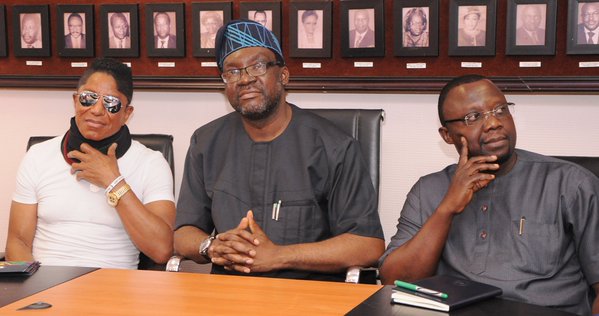 “We are going to give you nice compilation of songs that you know and I am just very honoured to be here because we have been kept away from you because of the politics and we are not interested in such politics because we are people who care about people. We need to have a closer relationship with African-American and the rest of Africa because we have been separated for long and we can reach out to do other things.

“There are lots of great talents here and we want to use our 50 years experience of being in the business to teach the arts. We have in our plans to establish Jackson Academy Performing Art School and the school will have a curriculum and also will teach music, directing, film, lightening, producing, dancing and so on. We want to get the talents here ready for the global market and I do believe that the drums and the beat started from here,” Jermaine said. 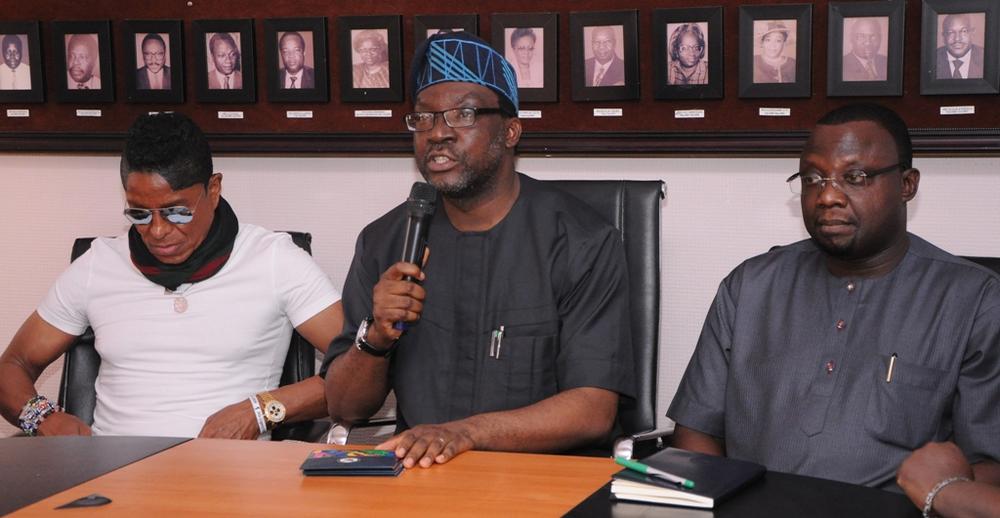 Earlier, the Commissioner for Information and Strategy, Steve Ayorinde, who received Jermaine and his entourage alongside the Special Adviser to the Governor on Oversees Affairs and Investment, Professor Ademola Abass and other senior officials of the Ministry, expressed delight to receive the visitors to the state. Rivers re-run: PDP calls for immediate release of all results