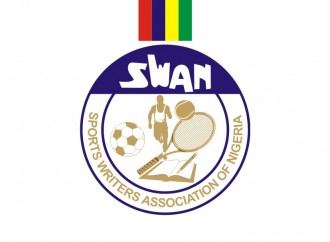 The President, Sports Writers Association of Nigeria (SWAN), Honour Sirawoo says the association is prepared to partner sporting federations, corporate organisations, multinationals and individuals who are ready to promote sports in the country.

Sirawoo, who stated this while addressing participants during a one-day retreat on Understanding The New Laws Of Wrestling and Governor Nyesom Wike’s Sports Development Vision in Port Harcourt, stressed that SWAN can no longer play second fiddle in the sports sector.

He explained that in the past, sports federations, corporate organisations and individuals organize events without considering the storytellers but are quick to accuse the sporting media when things go wrong.

According to him, “The media is very important; sport is a media event, we can no longer play second fiddle, we must take our rightful position, and we are prepared and ready for it. We’ll cooperate with anybody that entrenches the culture of recognizing the role of the media during sporting events.”

He added that “Sports is built on a tripod; we have the administrators, participators and promoters. What we experienced in past years is that people organize events without considering those that will tell the story and most times, when the stories are told wrongly, they turn around to accuse the sports media.

“International sports associations review and amend rules governing the games under their watch regularly. In order to facilitate the interpretation and conveyance of these amendments to the sporting public, the media needs to be supported by sports federations to understand these amendments as a way of equipping them to tell the stories.”

He praised the Rivers State Government led by Governor Nyesom Wike and the Nigeria Wrestling Federation under the leadership of Daniel Igali for partnering the association to ensure that sports Journalists are properly equipped to tell the story of the forthcoming African Wrestling Championship to the World.

“The Rivers state government and Nigeria Wrestling Federation have acknowledged and understood that the media plays a pivotal role in the promotion of sports. We shall cover the African Wrestling Championship in a way that the international community will appreciate that Nigeria has educated, professional, competent and sound journalists”, Sirawoo stated.

He stressed further that, “accepting your invitation is a clear manifestation that we are prepared for the promotion of sports; that’s why we brought some of the best, to prove that we are ready to support and play our role during the championship.”