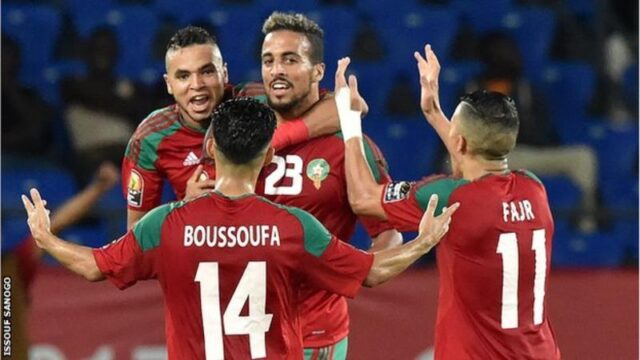 Morocco on Sunday made history by lifting the 2018 Africa- Nations Championship.

From the 43rd minutes when Morocco got their first goal, it was one-sided till the final whistle.

The CHAN Eagles side got depleted as Moses Eleji was issued a second yelow card and was sent off just as the second half gets underway, after he committed a fowl with a hard tackle against a Moroccan player.

The Eagles centred middle player had earlier been booked in the first half also for a wrong tackle.

Three un-replied goals were later scored at the scored half and at final whistle the Moroccans celebrated their first ever CHAN championship by defeating the West African by 4-0.