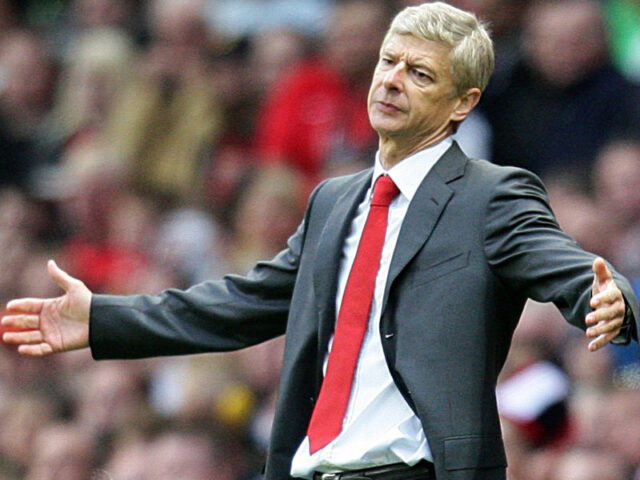 The visitors were on the back foot for almost the entire game after defender Sime Vrsaljko was dismissed for two yellow cards in the first 10 minutes.

With Atletico’s furious manager Diego Simeone sent to the stands shortly afterwards, the Spanish side survived unscathed to half-time with Alexandre Lacazette clipping the post with a half-volley in the hosts’ best chance.

But with eight minutes remaining Griezmann latched onto a long ball forward, shrugged off Laurent Koscielny and stabbed into the net at the second attempt for an away goal to swing the tie Atletico’s way going into the second leg in Madrid next Thursday.

Arsenal’s fans were left ruing a familiar combination of wasteful finishing and costly lapses in concentration as the teams departed to a muted response in Wenger’s final home European game.

Their team now must breach an Atletico defence that has conceded just four times at home in La Liga this season to have any hope of extending Wenger’s 22-season spell in charge to the final on 16 May.

Score-draw specialist Simeone
Atletico Madrid have drawn 1-1 on each of their past three visits to England – against Leicester City in last season’s Champions League quarter-final and at Chelsea in this season’s group stage.

Atletico Madird have been victorious in seven of their nine two-legged knockout contests against English opponents.

Arsenal have lost all of the past three two-legged ties against Spanish opposition – all to Barcelona in the Champions League.

What’s next?
Arsenal travel to Manchester United on Sunday in the Premier League (16:30 BST) while Atletico play Alaves away on the same day (15:15 BST). The teams’ meet again in the second leg next Thursday at 20:05.

We’ll not disappoint Nigeria at the CAF Champions League- Eguma