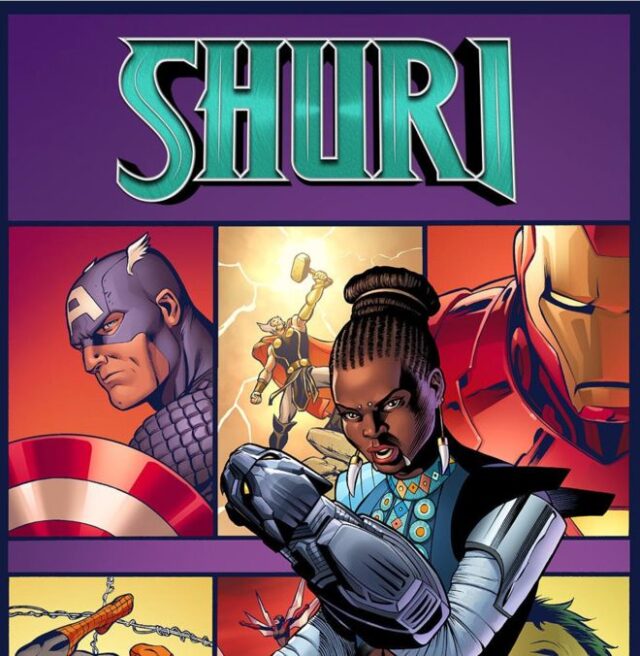 Marvel has announced a new comic book series about Black Panther’s sister, Shuri, a scientific genius and princess of the mythical nation of Wakanda.

It debuts in October and will be written by author Nnedi Okorafo and artwork by Leonardo Romero.

The series follows her as she takes the reins after her brother and titular hero, T’Challa, disappears into space.

The Black Panther movie was a huge success this year and was hailed for having a largely black cast.

Shuri’s sarcasm and high-tech inventions made her one of the main new characters in the film.

“While she [Shuri] is the most at home in her lab, working to keep her country at the forefront of science and technology, Wakanda is missing its leader,” Marvel wrote in a press statement about the new series.

“Without T’Challa around, Shuri will have to decide if she will forego her own passions in order to stand up for her nation.”

Ms Okorafor, who writes African-based science fiction and fantasy novels, is no stranger to the Marvel Universe: she has previously contributed to the bi-weekly series, Black Panther: Long Live the King.

The American author, who has Nigerian parents, has won a number of international awards, including a Hugo Award for her novella, Binti, and the Wole Soyinka Prize for Literature.

She told the online women’s magazine, Bustle, that Shuri was a character in the “Marvel Universe who really sings to me.”

Her novel Who Fears Death is reportedly being made into a drama series produced by Game Of Thrones’ George RR Martin.

Ms Okorafor explained in an email to Bustle that she loved the character for her ambition and being a young African woman of “genius level intelligence who is obsessed with technology and has travelled spiritually so far into the past that she’s seen Wakanda before it was Wakanda.”

The Black Panther comic title was reinvigorated in 2016 under author Ta-Nehisi Coates.

The film has been widely praised as game-changing – including by Michelle Obama – for having a largely black cast and a black director, Ryan Coogler.

Five persons arrested in Rivers over killing of Corps Member.