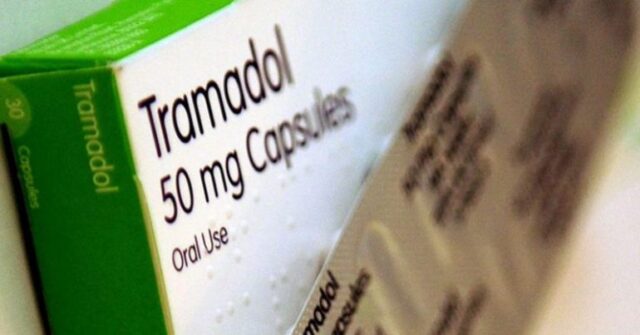 The Pharmaceutical Society of Nigeria PSN says the Federal Government has not banned the use of tramadol and Codeine in the country.

The Chairman of Pharmaceutical Society of Nigeria PSN, Rivers State Chapter, Wale Oladigbolu stated this to our correspondent during an event to mark the 2018 Pharmacy Week in Port Harcourt.

Wale Oladigbolu said the Federal Ministry of Health only put on hold the production and importation of codeine-containing cough syrup. He also explained that tramadol is very vital to healthcare delivery in Nigeria but stated that the federal government has strict control of the use of the drug in the country.

The PSN Chairman in Rivers State, however said that the Pharmacists have fashioned a way to curtail the abuse of the drugs in Rivers State. He stated that strict monitoring has been put in place in line with the federal government directive.

”No they were never actually banned. It was an erroneous information, what the Minister said that time was to put on hold the production and importation of Codeine containing coach syrup. In other words, if you are a pharmacist, if you have certain quantity with you, you have to report to the regulatory authority, and present the quantity you are having for proper monitoring of the sale and dispensing of the drugs”.

”With tramadol, it was never actually banned. Tramadol is very central to healthcare delivery in Nigeria but the use is strictly monitored” he stated.

Wale Oladigbolu also said that the Pharmacists in Rivers State have assisted many victims of substance use disorder through counseling to re-integrate them back to the society.

He disclosed that many youths are abusing tramadol and codeine on daily basis and called on Nigerians to join hands with the Pharmacists and other health caregivers to fight the scourge of substance abuse in Nigeria.

Also speaking at the event, the treasurer of Pharmaceutical Society of Nigeria PSN, Rivers State Chapter Chinwe Kemka-Owabie advised Nigerians to consult pharmacists before consuming any drug. She said that drugs are potential poison and show not be taken without any medical prescription.

The theme of 2018 World Pharmacists Day Celebration is ‘Pharmacists your Medicines expert’.

Ciara and Russell Wilson Are Engaged!