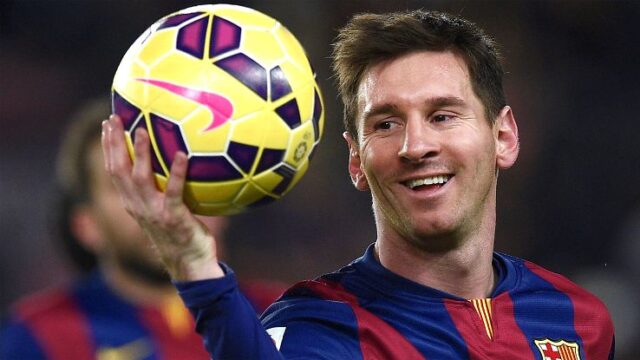 Barcelona faces an anxious wait on Lionel Messi’s fitness ahead of next weekend’s Clasico after the striker injured his arm against Sevilla on Saturday.

Messi had his right arm strapped at the Camp Nou after he had tried to cushion a fall but was unable to continue and had to replaced in the 26th minute by Ousmane Dembele.

He had already scored, making it 2-0 with a crisp left-footed finish, to add to a stunning opener from Philippe Coutinho.

Barca will hope the injury to their star player is not serious, particularly with a handful of difficult fixtures coming up.

They face Inter Milan in the Champions League on Wednesday and host the first Clasico of the season against Real Madrid on Sunday.

The return match against Inter in Italy then comes early next month, before tricky La Liga games against Real Betis and Atletico Madrid.