Youths in Oyigbo Local Government says they will continue their occupation of the different multinational firms and federal government facilities in the area due to an alleged infrastructural decay in the area.

The youths under the aegis of Oyigbo Peoples Assembly OPA said they will continue their protest and occupation of the multinationals till federal government meets their demands that they signed in February 2019 at the conference room of the ministry of power in Abuja.

The Chairman of Oyigbo Peoples Assembly OPA Prince Ejike Dike said the agreement signed with the federal government include dualization of the Oyigbo Afam road, the building of cottage hospital and employment for Oyigbo youths in the different multinationals in the area.

The youths said the bad state of the road in the area has led to the death of many pregnant women while trying to access to medical care.

PRINCE EJIKE DIKE said the group is pained that the federal government is yet to implement the agreement it signed with Oyigbo people over the infrastructural decay in the area.

PRINCE DIKE said the protest is a peaceful one and promised that the youths will not destroy any government facilities in their area. He assured that the OPA will protect the facilities but stressed that the federal government should not take them for granted because of the peaceful disposition of Oyigbo youths.

He also frowned that the Minister of State for Power, Hosing and works failed to honour a meeting with them over the weekend.

The OPA chairman added that all their demands must be met before normal business activities resume in the different multinationals operating in Oyigbo Local government area.

In his comment, the Public Relations Officer PRO, of Oyigbo Peoples Assembly, Light Nwankwo said that the youths are pained that the government is yet to meet them since they commence the protest on Monday 3rd of Dec, 2018.

He stated that the youths are more determined to achieve their goals which is the development of Oyigbo local government area. 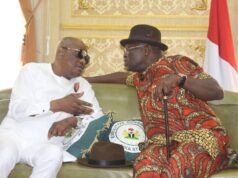 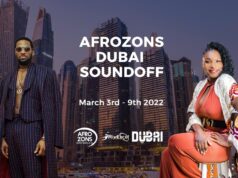 Photos: Check out the Scottish like pipers that welcomed Buhari yesterday