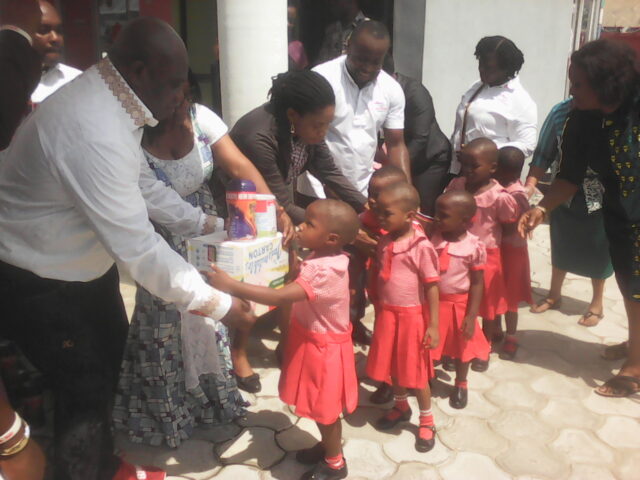 The Omega Power Ministries OPM says its on-going Free School project in Okrika will be completed before December 2020.

The General Overseer of OPM Apostle Chibuzor Chinyere said this during an inspection work of the on-going school project at Okrika.

Apostle Chibuzor Chinyere said the school when completed will be free for every child in Okrika local government area.

He said the on-going school project in Okrika will be the 16th OPM Free School when completed.

”We’re here to inspect the ongoing-construction of the 16th OPM free school in Okrika. Remember the OPM Free School is for the less privileged, those that cannot go to school and those that cannot afford to pay their school fees. Everything here is from offering and tithe. Instead of using church funds to build beautiful houses, we decided to build schools to educate the people. By the Grace of God, the school will be completed in the next three months. The school is absolutely free with free books, uniform, everything is free” he said.

He said the school is for everybody irrespective of their religious denominations.

”Okrika people are very wonderful people and we want children from this area to benefit from the free school instead of the children staying at home doing nothing. The school is not for members of OPM but for everybody from the less privileged background”