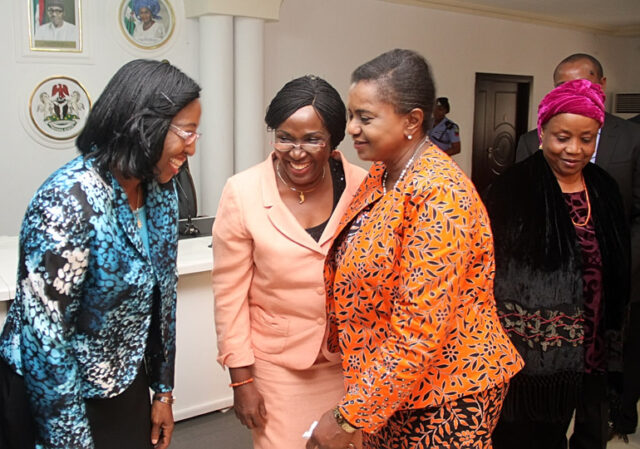 Dr. Banigo made this commendation while playing host to members of the Nigeria Association of Women Journalists (NAWOJ), Rivers State Chapter at the Government House in Port Harcourt on Tuesday, 24th August 2021.

Dr. Banigo said NAWOJ which has consistently participated in the International Women Days activities, disclosed that the capacity building program which was organized to Identify and highlight the roles of women journalists especially in the areas of implementation of the Rivers state action plan on the United Nations Security Council resolution 1325 was very enlightening, noting that the document acknowledges the lopsided role that women and children take in conflicts, especially in the area of domestic violence.

“I want to commend our Governor, Nyesom Ezenwo Wike, for his gender sensitiveness and friendliness for not only picking a female deputy but for also encouraging women to come out and play the roles of vice-chairmen in the 23 Local Government Areas”. Dr. Banigo quipped.

While congratulating the New Executives on their emergence at the polls the Deputy Governor, also commiserated with NAWOJ on the sudden demise of Pastor Dafini Gogo Abbey and Mrs. Juliet Njiowhor whom she described as seasoned journalists.

In her remarks, the Chairperson of NAWOJ Comrade Susan Serekara-Nwikhana informed the Deputy Governor that NAWOJ is the female arm of the Nigeria Union of Journalists saddled with the core mandate of ensuring the welfare of female journalists and championing the cause of women and girls.

She commended the Deputy Governor for working in synergy with the Governor to move Rivers State forward.

Ronaldo hails Cavani for handing over No 7 jersey