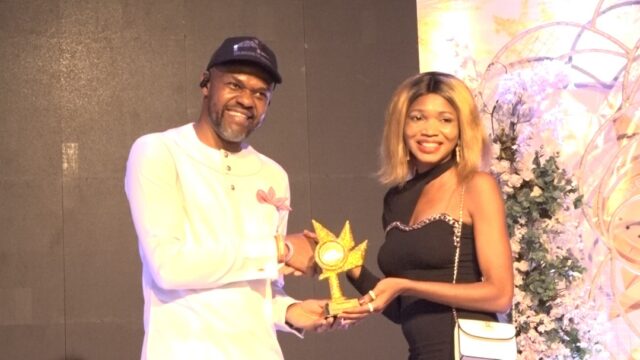 As part of his efforts to curb housing problems in the delta region and Nigeria at large through a model called social funding, a real estate Success Strategist, My Ace China better known as Mayor Of Housing has banged an award in an event organized by an NGO called ‘the peace makers’.

China who spoke with WISH FM at the award ceremony in Port Harcourt revealed that the secret to solving the housing problem in Nigeria is a system called ‘SOCIAL FUNDING’.

He also expressed joy at how the Social Funding Model has reduced housing problems within the Niger Delta Region just within six months of inception.

The Real Estate Success Strategist, My Ace China further opined that his company enjoyed relative peace within the region.

The Real Estate Company, the Lifestyle Asset Hub Limited, also called on the Government at all levels, Individuals, and Corporate Units to partner with the company (LSAH) in the real estate space to help curb more housing problems in Nigeria and the world at large.

The MAYOR OF HOUSING further maintained that the SOCIAL FUNDING scheme is a system that is self-sustaining, self-duplicating, and self-auditing, with no bank fund, government fund, or investor fund making the SOCIAL FUNDING very unique

MAYOR OF HOUSING said: “the government can have smart Public-Private Partnership (PPP) with the MAYOR OF HOUSING to help more of their citizens assess this housing solution (SOCIAL FUNDING)”

The Real Estate Success Strategist, MAYOR OF HOUSING also opined the need for individuals to take advantage of the golden opportunity and disregard fears in their minds.

Furthermore, MY-ACE CHINA better called the MAYOR OF HOUSING also maintained that irrespective of the call for partnership, the Lifestyle Asset Hub Limited is already becoming a tsunami of a wave of housing revolution across the globe through the POWER OF SOCIAL FUNDING.

Madrid crash out of Champions League

Moscow nanny beheaded 4yr old girl because she was angry her husband had taken...