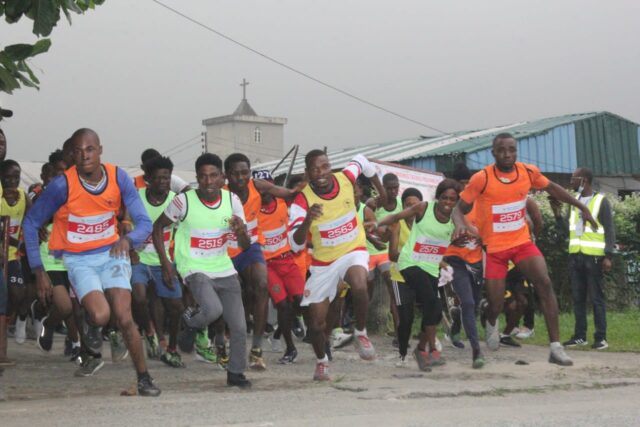 The Cross Rivers athlete won the 21-kilometer race in 49 minutes to claim the cash prize of 300 thousand naira.

Shada Dare Eniola finish the race in second place after touching the finish line in 51minutes while Dekom Gaius finished the race in 51 minutes and 10 seconds.

Affigbo Esther Chihurumnanya from Arochukwu Local Government Area of Abia State finished the race in 1hr 2mins to win the Ironwoman of the marathon.

The Co-Founder of Bonny Island Marathon Boma Halliday said the organizers of the marathon are aiming to transform the race into a global event.

Boma Halliday while speaking to newsmen after the 2021 BIM said they will increase the marathon from 21km to 42km in the nearest future.

He said plans are underway to increase the monetary reward of the competition so as to attract international athletes from Kenya and Ethiopia.

Boma Halliday further said that the event would continue to promote indigenous runners to the global stage stating that the marathon is used to promote the good image of the Grand Bonny Kingdom.

He revealed that the organizers of the event will celebrate the 5th year anniversary of the event in 2022 with a BIM community fitness center.

Our correspondent reports that over four thousand people took part in the 2021 Bonny Island Marathon.

Also, during the event “Humanitarian Award” was awarded to all the hospitals that supported the event from inception which include, Pan OJ Clinic, Channels Clinic, and Delta Specialist Hospital.

Sponsors were also awarded for their support for the successful hosting of the marathon.

Why Buhari was absent at Friday’s emergency FEC meeting – Presidency