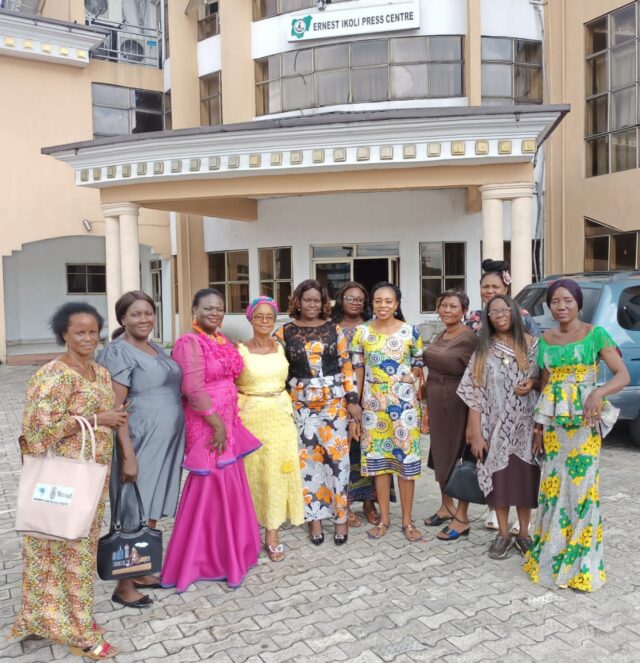 The Nigeria Association of Women Journalists, NAWOJ, Rivers state chapter, has called for the establishment of a Gender-Based Violence Desk in all Police Divisions across the state, for effective community policing.

The call was made when the Leadership of the NAWOJ State chapter on Tuesday 8 February, led some of its members on a visit to the office of Divisional Police Officer DPO of Elimgbu, SP Nnamdi Omoni.

The visit was to charge the former state police public relations officer, SP Omoni, who is now the DPO of Elimgbu, to continue in his effort to ensure that every form of gender-based violence, rape, defilement are curtailed and if possible, completely eliminated.

They expressed confidence in him and were optimistic that he will bring reforms and rejuvenate the Elimgbu Police Station, as well as intensify effort in the fight to completely eliminate all forms of gender-based violence, rape, wife and husband battering, among others.

The women branch of the Nigeria Union of Journalists, while describing Omoni as a dedicated, hardworking, and selfless officer with proven track records, also enjoined him to open and install a gender desk where issues bothering on sexual harassment, violence against women will be tackled from the root.

Speaking on behalf of Chairperson of NAWOJ Rivers, Susan Serekara-Nwikhana, the financial secretary, Anita Ogona, emphasized that if the gender-based desk is established at Elimgbu Division and every other Division in the state, it should be manned by gender-sensitive police officers trained to handle issues on Rape, abuse and violence against women and girls.

Ogona noted that having trained officers manned gender-based Desk will help to eradicate some of the challenges faced by FIDA in prosecuting gender-based abuses, as most police officers would rather call parties to settle after collecting money behind, adding that such practices have hampered proper prosecution and resolving of such sensitive issues within the society.

“The people you are seeing here are members of the Nigeria Union of Journalists, NUJ, but on this visit, we came on behalf of NAWOJ, Rivers State to felicitate with you and to congratulate you on your new position as the divisional police officer of Elimgbu, and also to partner with you.

“During a visit to the CP, we gave him some of our objectives, the aims of NAWOJ, and the things we love the CP to do in Rivers State, since you were part of that meeting, we are happy that you were elevated from where you were at the headquarters to this new division, and we know that with your stay here you are going to do remarkable things.

“Nigerians wants to see police that is friendly, effective to man the policing activities of the 21st century, so, we know that you will bring your wealth of experience to bear in this division, we want to congratulate you on behalf of my chairperson, Susan Serekara-Nwikhana, who is unavoidable absent.”

she also urged DPO Omoni to facilitate the establishment of the gender desk to bridge the gap in reporting and tackling gender issues as the association will re-visit to check if truly the gender desk is functional.

She commended the DPO for his proactiveness in setting up and involving the Locals in community policing to tackle the issues of crime and criminality within the Elimgbu community.

In his response, Omoni appreciated NAWOJ for the visit and thanked the Police high command, commissioner of police Rivers State for finding him worthy and professionally competent to be deployed to Elimgbu as the DPO.

“This is my first experience as a DPO, and I think I am not finding it funny anyway but by the special Grace of God, I am stabilizing, and I think it is worthy of note to mention and commend the journalists in Rivers State, you have been so awesome and wonderful, you made me succeed in that my office.

“I cannot thank you enough for coming here today, what you have done today will inspire me to do more, because I know that the brains behind my success as the police PRO are here to inspire me to do more, so, the people of Elimgbu police station should expect decent policing, devoid of human-rights infractions. In this place too, I want to assure you that the impeccable human rights records I have kept over there, I will sustain them here, I will police with a human face.”

He assured of his commitment to ending gender-based violence in the community as well as the state.

“Two days ago, there was a case of rape that was reported here, I said no, this is my familiar terrain, especially those that bother on infractions, rape, and sexual offenses, so now that I am here as the DPO, I will do even better, I have already designated a female officer, a gentlewoman who is morally upright and impeccable in her character, she is going to head my gender desk, she is going to head it, the posting is already out, but I have not commissioned her, before Friday, I will be doing that.

“I have given her three officers to work with her, so that all sexual offenses, human rights abuses and anything that has to do with unprofessional conduct will be investigated by this department, and I can assure you that justice will not only be done, will insist that it be done in all circumstance, so, I will want to carry you along in my new administration.

“On behalf of the commissioner of police, Rivers State command, officers of men of the Elimgbu division, I want to thank you very specially for coming to identify with me, even as I am here as the DPO, I will not let you down, I promise to keep the flag flying.”

He further charged Journalists in the state not to relent in giving their effort and support to the new Police PRO.