The Nigeria Basketball Federation has condoled the family and friends of former Nigerian international, Amaka Adibeli who passed on last week.

In a statement by the NBBF president, Engr Musa Kida, the federation described the demise of the member of the D’Tigress 2003 Afrobasket Championship as tragic which has left the basketball team in deep shock and a state of mourning.

“The former First Bank captain will forever remain in our heart because we have lost an irreplaceable gem. Her career trajectory and achievements indicated that she was a true professional”.

Kida described her as one of the best point guards that ever came out of Nigeria as she strode the domestic and international stage like a colossus.

“Generations to come will read about her and be inspired. She was a good example of what every girl child should be”.

At the club level, she was part of the invincible First Bank Women’s team that dominated and won the Zenith Women National Basketball league from 2002 to 2009.

“We pray that her gentle soul finds a perfect peace in the bosom of her maker as those of us left behind to deal with the vacuums left in our hearts”. 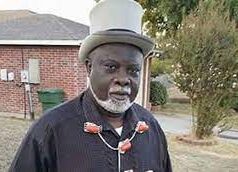