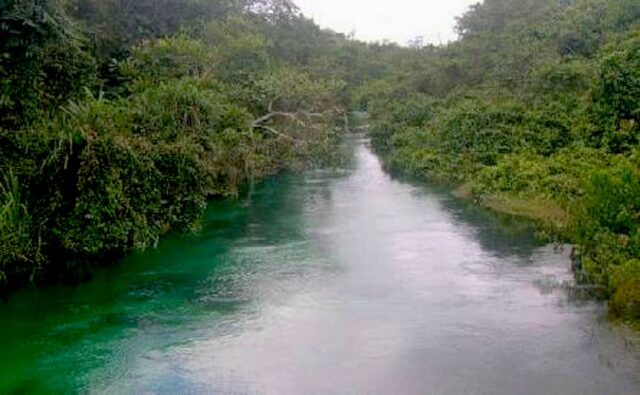 An Environmental Right Group in Niger Delta, the Foundation for Conservation of Nigerian Rivers has called for the establishment of Rights for Rivers in the country.
The group made the call while celebrating the 2018 World Rivers Day in Port Harcourt.
The Executive Director of the group Irikefe Dafe said World Rivers Day was created to improve and protect the rivers around the world.
He stated that Rivers in every country face an array of threats stressing that World Rivers Day promotes the active involvement of citizens to ensure the health of rivers in the years ahead.
The Executive Director of the group revealed that many benefits are attached to rivers with established rights across the world. He listed the benefits of Rights for Rivers as follows;
Ø Right to flow and perform essential functions.

Ø Right to feed and be fed by a sustainable aquarium.

Ø The Rivers will have a budget

Ø Areas to attract investments
Irikefe Dafe noted that Nigerian rivers are in the worst state of degradation with no adequate and deliberate efforts to reverse the trends.
He further said that Nigeria is losing this precious resource to pollution due to reckless activities of industrial, human, and, urban development as well as climate change, among other factors.

”Nigeria is one of the countries in the world with rivers in the worst state of degradation and with no adequate and deliberate efforts to reverse the trends. Every day the country is losing this precious resource to pollution due to reckless activities of industrial, human, and, urban development as well as climate change, among other factors” he stated.

”Today no river in Nigeria meets the water qualities standard stipulated by the World Health Organization WHO either for swimming, fishing and drinking purposes. In every community in Nigeria today, the rivers that used to be a source of drinking water, swimming, and other aquatic activities have seized to play these vital roles to mankind due to their pollution” he said.

The Executive Director of the Foundation for Conservation of Nigerian Rivers Irikefe Dafe also announced that the official launch of an advocacy campaign for Rights of Rivers in Nigeria would take place in Abraka. He revealed that the group will use the River Ethiope as a Case study.

The River Ethiope in Delta State is one that has a Foundation established to promote its judicious use and conservation as it is done in the USA and most part of Europe that have all their water bodies under protection.