The 1896 Armstrong Phaeton is probably the world’s first hybrid car. Developed by Harry E. Dey and built by the Armstrong Company for the Roger Mechanical Carriage Company, it features both a gasoline powered, 6.5-liter, two-cylinder engine and a dynamo flywheel connected to an onboard battery.

The dynamo (and regenerative braking) is used to charge the battery, which provides the necessary power to start the engine. This system predates Cadillac’s self-starter by an impressive 16 years.

In addition to helping charge the battery and start the car, the dynamo also serves to provide the ignition spark and to operate the car’s electric lamps.

Dey also gave the Armstrong a semi-automatic transmission. With three forward gears and a reverse gear, the driver swaps cogs with a selector on the steering column. When changing gears, an electric clutch automatically disengages and reengages, negating the need of a clutch pedal.

The Armstrong will be going up for auction at the Amelia Island Concours d’Elegance on March 10, 2016. It is expected to fetch somewhere between $175,000 and $275,000. While this fine automotive specimen of a bygone age (advanced though it was for its time) will fetch a pretty penny as it finds an appreciative new owner, the fact that is still exists at all is remarkable.

That it is drivable is even more astounding. Armstrong only built a single example of this car.

Though it was used regularly, the car remained at Armstrong’s Bridgeport facility until 1963, when a worker moved the flood-damaged vehicle to his home garage.

From there, a man named Dennis David passed it on to a collection of Connecticut-made automobiles. It then went to a collector in the UK named Robin Loder, who restored the car to operating condition before selling it to the current owner.

Interestingly, the Armstrong hybrid’s motor was too powerful for its own good, as the torque repeatedly damaged its carriage wheels. Holman Engineering in Massachusetts reinforced the wheels, and also fixed other issues with the aged machine to put it in good working condition.

Now, this fascinating piece of automotive history will change owners once again, perhaps to live on for another century. 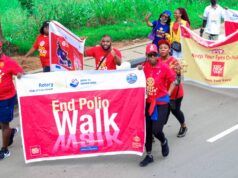 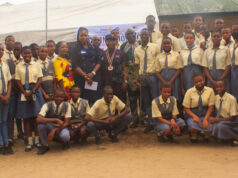 I Go Dye: The Last Man Standing in UK