NewsDrummer Online Breaking & Trending Newspaper
Home News Justice Suzzette Nyesom-Wike calls for investments in the lives of the less...
Facebook
Twitter
Pinterest
WhatsApp
Wife of Rivers State Governor, Justice Suzzette Nyesom-Wike has stated that  investing in  the  lives of  less privileged children  and the  physically challenged would  engender  greater development  as more people would  be equipped  to  contribute  to  societal  growth.

According to the Special Assistant to the Rivers State Governor, Electronic Media, Simeon Nwakaudu, Mrs Nyesom-Wike spoke on Monday in Port Harcourt  during her visits to  ‘The Child’ Special School, Home for the Elderly and the Port Harcourt  Children Home as part of activities  to  commemorate  the 2016 International Women’s Day Celebration. 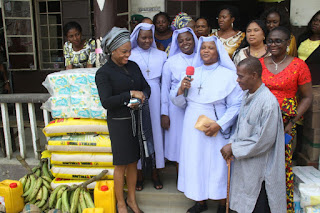 She noted that providing quality education  to children with special  needs will equip them with the right skills to live productive lives.
According to her, the state government  will continue  to  support institutions  that cater for children with special  needs as that is the best way for the society.
She said: “These children  must have their childhood  protected so that they can contribute meaningfully  to societal development  in future”. 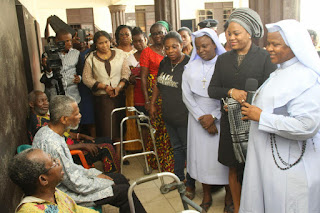 At the home for the elderly, Justice Suzzette Nyesom-Wike stated that there should be constant  respect and compassion  for those who have dutifully  served the society so that they can live the rest of their lives gracefully.
Responding  at The Child Special School, Reverend Sister Sylvia Anyanwu said that the school is a project of the Catholic Diocese of Port Harcourt aimed educating children with intellectual disabilities especially  those living with  down’s syndrome, cerebral palsy,  autism and other crippling  disabilities. 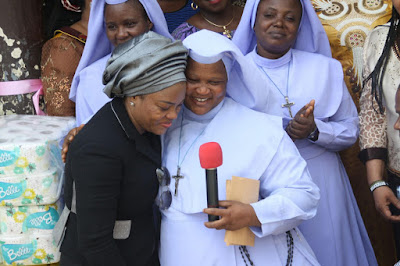 At the  home of the elderly, Reverend Sister Mary-Jane Raphael Agubosi said the home improves lives of the elderly  who are facing significant physical, psychological and dementia  challenges.
Highpoint of the visits to the homes was the presentation  of  monetary and food gifts by the Wife of  the Rivers State Governor. 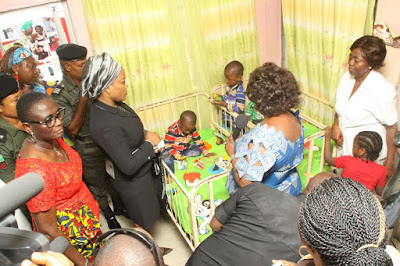 The inmates of the homes also rendered songs to the delight of the wife of the governor  and her entourage.
The governor  was accompanied  to the homes by wives of political appointees  and elected officials in the state.

Tips for dating a Nigerian woman