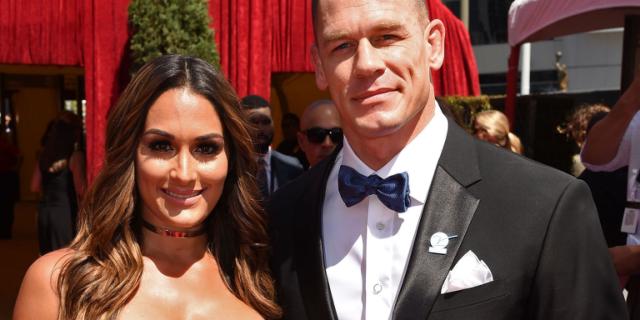 John Cena and Nikki Bella have split up after six years together.

John proposed to his WWE co-star Nikki at WrestleMania last year in front of a packed-out stadium. The pair had been dating since 2012.

However, a statement posted on Nikki and her twin sister Brie’s official Twitter account reads: “After much contemplation and six years of being together, Nikki Bella and John Cena announced today their decision to separate as a couple.

“While this decision was a difficult one, we continue to have a great deal of love and respect for one another. We ask that you respect our privacy during this time in our lives.”

Just last month, Cena said he’d changed his mind about becoming a father. During an appearance on Good Morning Britain, he explained that starring in the upcoming comedy movie Blockers had prompted his change of heart and he’s now more open to the idea.

“The story, as you said, is about these parents doing what they think is right to try and protect their children,” he said.

“And the bond between a parent and child can be a wonderful thing even through some pretty tough situations. So it absolutely has made me consider being a parent one day.”

Nikki is the longest-reigning Divas Championship title-holder in history, while Cena has won the Men’s Championship an incredible 16 times.

14 Teams confirmed for NSF as basketball starts on Wednesday