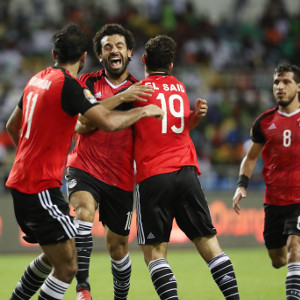 When last did Nigeria have a prolific striker in the league anywhere in the world since Yak shook the premier league with goals? Yakubu Aiyegbeni painted the EPL red with goals when he joined Portsmouth from the Israeli league. He went on to join Middlesbrough and Everton. In those clubs, he was their top scorer.

However, his last stint in England was a sorry state. He signed for Coventry City in the twilight of his career and made a joke of himself. A viral video showed that Yak, who waltzed his way to scoring a beauty at 2000 Sydney Olympics against Australia, walking as if oblivious of his surroundings during a match.

His teammates even goaded him to chase the ball which he replied with a smirk. He was subsequently sacked while he announced his official retirement a year later.

Before him was Rashidi Yekini, the greatest scorer for Nigeria (if you are in my age bracket) though he really never played for a big club. Yekini started making waves with Abiola Babes in the early eighties and was Nigeria’s top striker at MAROC 88 AFCON despite being a home-based player.

In fact, that team had about six home-based players in the starting lineup for every match and Nigeria narrowly lost to Roger Milla inspired Cameroun in the final.

Yekini moved to Africa Sports of Cote D’Ivoire when Abiola Babes was disbanded in 1987 after they won the FA cup that year. After a season in Africa, Yekini found his way to modest Portuguese side Vitoria Setubal. He was an instant hit and mesmerized defenders and goalkeepers season by season- emerging the top scorer.

He moved to Sporting Gijon in Spain and also continued to dazzle scoring against Real Madrid and other clubs. Yekini did same when he joined Olympiacos of Greece later on in his career. The late Yekini scored consistently for Nigeria for ten years.

Today, the story has changed with Nigerian strikers finding it hard to be consistent in front of goal. Julius Aghahowa showed flashes but it came too late and did not last long. Since then, Nigeria cannot lay its finger on a particular player to deliver the goods when it mattered most.

Players like IK Uche, Anthony Ujah, Emmanuel Emenike, Brown Ideye, Odion Ighalo, Obafemi Martins, Joseph Akpala , Victor Moses and the rest have tried to fill in the gap but all have issues of lack of longevity or erratic form.

As we head to the world cup next month, Nigeria’s hopes rest majorly with Odion Ighalo, who scored four goals recently in China. Alex Iwobi’s paltry two goals this season is no morale booster. Henry Onyekuru was consistent last season but was plagued by injury this season.

And he’s believed to be too inexperienced. He’s also lacked match fitness this season.

However, Egyptians are now licking their lips in anticipation as their talisman, Mohammed Salah is doing wonders in England and Europe this season. The 25-year old has scored 41 goals this season and still counting.

When he joined from Roma last summer not much pundits gave him a chance. But today, as at today he has won the PFA and Sports Writers Player of the Year Awards in England. He is on course for The Ballon D’or if he guides Liverpool to UEFA Champions League win and does well at the world cup in Russia.

Our coaches at the grassroots need to up their game while clubs too should improve on their scouting. There are several players with natural scoring ability that need to hone their skills but have no backers.

This has cost Nigeria a lot as only second or third-rate players- with connections- make it into the league and subsequently national teams.